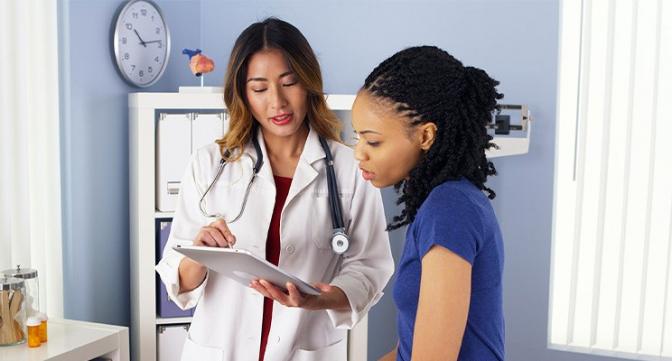 COVID-19 and its disproportionate impact on people of color revealed the continued social and racial inequities that still exist in our healthcare system today. With the high rates of COVID-19 deaths among under-represented communities to the reaction around the world to George Floyd’s murder and the deaths of too many innocent men and women just because of the color of their skin, America is in the grips of re-examining its social conscious on issues related to race. These continued racial inequities in this country have led to serious discussions in the medical community regarding the use of race in medicine. As a black kidney transplant patient, I would say that this is long overdue.

Diagnosing kidney disease relies on a test called an estimated glomerular filtration rate (eGFR). More than twenty years ago, race was added into the calculation based on the research at the time to better diagnose Black or African American people. Unfortunately, it had the opposite effect and contributed to making African American patients appear healthier than they were unintentionally contributing to the under-diagnosis and under-treatment of kidney disease in Black patients.

It’s been 22 years since I learned I had kidney disease and got a second chance at life through kidney donation. I was fortunate to have a doctor who understood that what I thought were flu symptoms was really kidney disease. But for many Black patients that may not have been the case. Based on the race-based eGFR equation, they could have been told that their kidneys were doing better than they were and not received the care that they needed when they needed it most. Early detection of kidney disease gives patients the best chance of managing the disease as well as keeping the condition from getting worse and leading to kidney failure.  As the National Kidney Foundation’s (NKF) Board Chair, I’m proud that NKF teamed up with the American Society of Nephrology (ASN) and together have pushed to find a better, more accurate way of diagnosing kidney diseases without using race and we are better for it.

A little over a year ago, NKF and ASN formed a joint task force to reassess the inclusion of race in the diagnosis of kidney disease. Both organizations have repeatedly asserted that race, is a social, not a biological, construct.

The task force’s goal was to replace the current race-based approach with something race-free that is accurate, representative, unbiased, and able to be implemented easily in laboratories throughout the nation. After ten months of research and analysis, open public comment periods, and debate, the joint task force emerged with a unanimous decision to recommend the adoption of the new eGFR 2021 CKD-EPI creatinine equation that estimates kidney function without a race variable. The task force also recommended increased use of cystatin C combined with serum (blood) creatinine, as a confirmatory assessment of GFR or kidney function. This new eGFR calculation may impact critical decisions in kidney care management, patients on the transplant waitlist and medicine dosing.

The new race-free approach may alter a kidney patient’s disease status or stage so we urge patients to learn their latest eGFR. Patients and healthcare professionals can use the free updated eGFR calculator found on the NKF website and eGFR Calculators app. We also encourage kidney patients to speak with their doctors to determine if this new approach affects any treatment and care going forward.

NKF will now begin working with laboratories and health systems throughout the country to ensure that the new race-free approach is implemented as quickly as possible. Yet, having a race-free way to diagnose kidney disease doesn’t mean that racial inequities for kidney care have been eliminated. However, it’s an important first step in the right direction and a significant moment in kidney medicine.  NKF will continue to focus its efforts on reducing health disparities through increased access to home dialysis and transplant, expanded Medigap coverage to reduce out of-pocket costs for medicines, and more investments in kidney screenings and community outreach.

NKF also launched Voices for Kidney Health and the first-ever Health Equity Advisory Committee (HEAC). Voices for Kidney Health includes a diverse community of patients and care partners working with elected officials to advocate for policies and initiatives that will prevent or delay kidney disease as well as ensure quality care for patients with kidney failure, particularly in under-represented communities. The HEAC works with NKF committees, boards, and staff to champion NKF health equity, community health and social justice efforts through research, education and key partnerships as well as advising on the design and implementation of NKF programs in an effort to create stronger and healthier communities.

There is always so much more to do, but it’s my hope that other medical specialties will join us in exploring race-free calculations to eliminate any health disparities that currently exist and advance the quality of healthcare for ALL patients.