New Drug, Positive Results. How Will it Benefit People with Diabetic Kidney Disease? 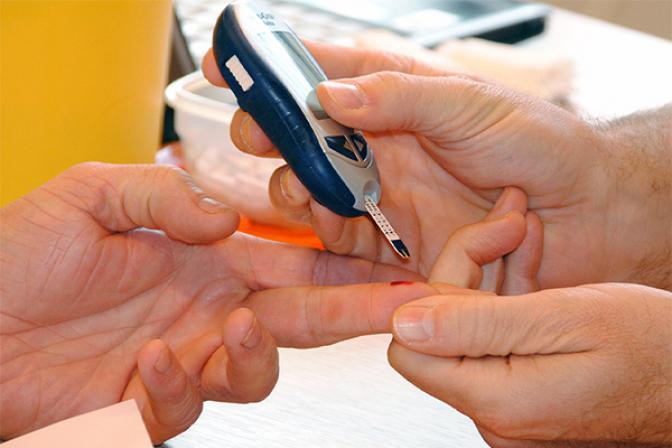 Diabetes damages small blood vessels throughout the body, affecting the kidneys as well as other organs and tissues including skin, nerves, muscles, intestines, and the heart. More than 1 out of 4 adults with diabetes will eventually develop kidney disease, and in the US alone, millions of people already have diabetic kidney disease.

About the clinical trial

All those enrolled in the 5,734-patient, phase III trial had advanced kidney disease and type 2 diabetes. This global trial evaluated finerenone – at over 1,000 sites in 48 countries – and was the largest-ever research study on diabetic kidney disease.

Finerenone is a non-steroidal, selective mineralocorticoid receptor (MRA) antagonist and it works by directly targeting and blocking the receptors that cause inflammation and scarring of major organs, such as the heart and kidneys.

The trial found that finerenone slowed diabetic kidney disease progression and reduced cardiovascular event rates. It also reduced albuminuria (protein in the urine) by more than 30% at 4 months, had minimal effects on blood pressure, and had no effect on glycemia (blood sugar).

Finerenone worked significantly better within the trial than a placebo in slowing the progression of kidney disease by 18% over a median of 2.6 years compared to current standard of care.

"This is an exciting and promising discovery for patients with chronic kidney disease and type 2 diabetes," said one of the study investigators, Dr Rajiv Agarwal.

While some patients who received finerenone reported higher levels of potassium (18% versus 9% with a placebo), serious potassium-related side effects occurred in fewer than 3% of patients who were treated with the drug and most were able to stay in the trial.

"This promising target for a new therapy means patients are able to delay dialysis and, in turn, further delay the possible need for kidney transplants."
—George Bakris, MD, Study Lead, Professor of Medicine, Director of the Comprehensive Hypertension Center, University of Chicago Medicine

As you can imagine, there is a lot of excitement at the National Kidney Foundation (NKF) in reaction to this promising news. Kerry Willis, PhD, Chief Scientific Officer of the NKF is optimistic that finerenone may soon be an option for patients with diabetic kidney disease and said, "Having a new therapy that tackles both of these problems is a major advance and could potentially help millions of patients to lead longer, healthier lives."

Bayer, the pharmaceutical company that funded this clinical trial, plans to submit a New Drug Application (NDA) for finerenone to the US Food and Drug Administration (FDA) by end of this year.