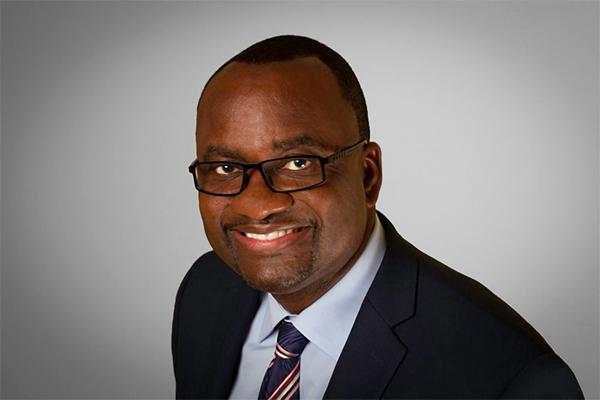 October 20, 2020, New York, NY —The National Kidney Foundation (NKF) is pleased to announce the appointment of Anthony E. Tuggle as Chair of its National Board of Directors. Tuggle who has served as Chair-elect for the past two years, steps into the leadership role as the term of John Gerzema ends.

Tuggle has previously served as a current NKF national board member and a local board member of NKF serving Alabama, Georgia, and Mississippi. He is AT&T Vice President of Sales and is based in Atlanta.

Tuggle will lead a 20-member board at the 70-year-old foundation, known for its work advocating for millions of kidney patients, raising awareness about kidney health, and helping to educate thousands of kidney professionals.

“I would like to continue to drive awareness, prevention, and treatment for kidney patients especially in our Black and Hispanic Communities, where people are impaired the most by kidney disease,” Tuggle said. “Furthermore, I’m passionate about creating outreach campaigns that make meaningful connections and change people’s lives. One of the most important things right now in kidney health is we must remain relentless in the fight for affordable healthcare for all, access to medication, and access to transplantation and dialysis.”

Tuggle is also a kidney transplant recipient and is 21 years “kidney strong.”

“I am truly blessed to be afforded this opportunity to positively impact kidney patients forever,” he said.

At AT&T, Tuggle models a "find-a-way" mindset in his approach to leadership. He currently has responsibility for call centers that feature more than 20,000 sales leaders and customer care representatives. Tuggle is the author of the book “I'm Better Not Bitter: My Personal Journey - Kidney Transplant Recipient's Story of Winning in Business & Life and Moving Forward,” which shares how he has overcome obstacles, is self-motivated, and creates a work culture of success.

Tuggle’s appointment follows the two-year tenure of Immediate Past Chair John Gerzema, who is the CEO of Harris Insights & Analytics.

“I can’t thank John enough for his dedication and support of NKF and kidney health and for sharing his industry knowledge and expertise with the foundation,” Tuggle said. “He is an important asset on this team.”

Gerzema, who experienced kidney surgery in childhood, will remain on the NKF Board as a member.

“Anthony has been an effective champion for NKF nationally and locally, and we look forward to his leadership as Chair of the National Board,” Gerzema said. “We also expect great things from our new leadership and board because 37 million adults in the U.S. who are affected by kidney disease are counting on us.”

Tuggle is committed to working with NKF to help fight kidney disease. He was 2018 Chairman of the Atlanta Kidney Walk, which raised more than $250,000 for NKF’s efforts. He has also garnered support from his colleagues at AT&T, raising more than $100,000 to date through various fundraisers in support of NKF.

The NKF Board of Directors consists of leaders in their communities who have been affected by kidney disease. They are nephrologists, kidney healthcare professionals, living donors, transplant recipients, care partners, top executives with diverse business experience, and civic leaders. The Board meets three times per year and is charged with fiduciary, fundraising, and governance responsibilities for NKF. Board members serve a term of three years and may be elected for a second term.