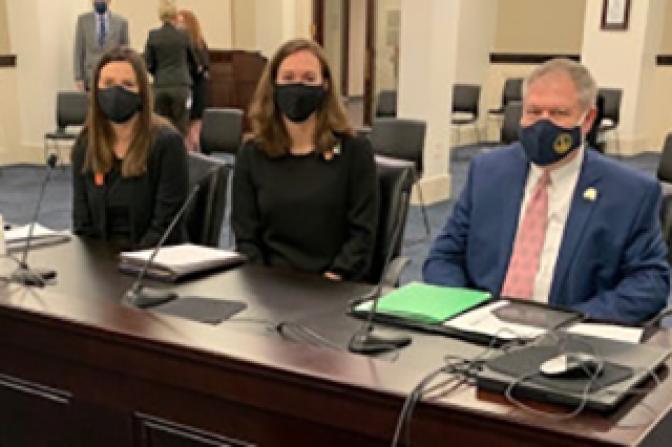 NKF advocates working at the state level started 2021 with a bang, as the New Jersey legislature unanimously passed its Living Donor Protection Act (LDPA) at the end of January. One of thirteen LDPAs that NKF is leading efforts to pass, it’s just one of several successes already this year. On February 4th and 22nd, the Pennsylvania and Kentucky Houses passed their own LDPAs. Since then, NKF advocates have testified on their own efforts in Connecticut and Washington.

To ensure that we’re also addressing barriers to care, NKF is leading a new effort to reform kidney health policy by working with local and state lawmakers as well as our kidney community partners in 11 states to introduce legislation to create kidney disease task forces. These efforts are already paying off, with our first hearing in Oregon expected soon.

NKF is also supporting efforts to offer paid leave for organ donors and ensure that end state kidney disease patients are not discriminated against by Medigap insurers.

Many state offices have also been working to ensure that states prioritize kidney patients and kidney care partners, along with residents of long-term care facilities and health care workers, in receiving access to COVID-19 vaccines. We also have been fighting to ensure that state governments prioritize the development of an infrastructure to support the dissemination of the COVID-19 vaccine to kidney patients by allowing dialysis facilities and transplant centers to provide vaccine shots.

NKF local offices have contacted governors and other key decision makers in 28 states where kidney patients and practitioners have reported difficulty in acquiring and distributing vaccines. These states include North Carolina, where NKF led more than 100 organizations and practitioners in a coalition letter to the governor to protest patients being downgraded to state 4 for vaccine access.

In New York, we are working with practitioners across the state to send a supplementary sign-on letter to reinforce the need for kidney patients to gain access to vaccine doses because of the severe shortage reported there. Most recently NKF Serving South Carolina submitted a letter to the state legislature at a hearing about vaccine access on February 17th.

We hope you will join us in our efforts to reform kidney health policy in your states by signing up to become an advocate with NKF! We need every voice for kidney health to join our chorus to ensure that we are heard across the country.