Kidney Donor: “I Would Do it All Over Again” 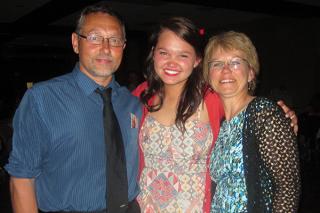 By David Sticha, kidney donor
March 7th, 2016 was a proud day for me. I donated a kidney to someone in need. This wasn’t something I had on my bucket list.  But after reading an article about a friend from my home town of New Prague, Ed Hrabe, needing a kidney, it made me think, “why don’t I go in to be tested?” My wonderful wife Jean inspired me because she went in to be tested to donate a kidney several years ago. It was no one she knew, but to anyone. They found a cyst on one of her kidneys, nothing real serious, but enough to stop the kidney donation.
I contacted Abbott Northwestern Hospital where Ed was being seen, and spoke to the kidney coordinated Susan Gust. Six months later I was cleared to donate a kidney. However, it turned out that a friend of Ed’s, Ann Sletten, came forward to be tested as well, and she was a better match. So Ann ended up being the one who donated her kidney to Ed. Well that was good news, but I was feeling a bit selfish and sad that I couldn’t donate my kidney to Ed.
It didn’t take long with discussing it with my wife Jean, that I would donate my spare kidney to a stranger. I used the word stranger lightly because he or she may be a stranger to me, but is probably a brother, sister, son, daughter, mother, father, or friend to someone. Jean and I had the same attitude: that God gave us two good kidneys, but we only needed one. My spare kidney was for someone that had two bad kidneys.
Please consider donating someday. Today may not be a good time, you may have family commitments or jobs, but consider it someday. As you can see you don’t have to be young to donate. If you are in need of a kidney, or would like to look into possibly donating a kidney, there are many good hospitals in the Twin Cities area and Minnesota. Social media is a good way to get the word out.
I said earlier that my wife went in to be tested to donate a kidney, but was denied. Well I am happy to say that she was recently tested again, and this time was cleared to donate her spare kidney. Lastly sixteen months later, and I feel great. Actually, three days after surgery I felt great. I would do it all over again if I had another one to spare. I am excited for my wife, but I am more excited for the recipient, whoever it might be. It will change that person’s life.