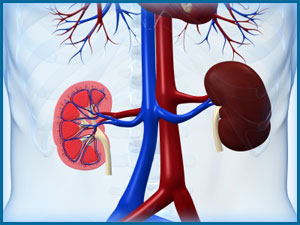 Giving a kidney to someone who needs a transplant is a very generous thing to do. But can it lead to kidney problems in the donor? Most people do not experience health problems as a result of donation. A large study of the long-term effects of kidney donation had good news for people who donate kidneys. Doctors reported that living kidney donors can expect to live full, healthy lives. Donors had very few long-term health problems, in most cases. The study looked at almost 4,000 people who donate one of their two kidneys since 1963. Their long term survival rate was similar to non-donors and they did not have an increased risk of kidney failure. Researchers at the University of Minnesota examined the long-term results for health diagnoses and causes of death. Living donation means that a living person donates a kidney to someone in need of a transplant. The donor is most often a close family member, such as a parent, child, brother or sister. A donor can also be a more distant family member, spouse, friend or co-worker. Non-directed donors, those who donate anonymously and do not know their recipients, are also becoming more common.

Kidney donors' survival was similar to that of the general population when matched for age, sex, and race or ethnic group. Of 3,700 donors, the need for dialysis or transplant developed in only 11 donors, which is actually a lower rate than in the general population. Donors reported their quality of life was “excellent.”

Kidney donors tend to be healthier than the average person, able to tolerate surgery well and return to a healthy lifestyle. Potential donors are screened for high blood pressure and diabetes, two of the main causes of kidney disease. This group of donors tended to be young and Caucasian, so the University of Minnesota is participating in an ongoing study that will examine a larger and more diverse donor group.

More than 105,000 people are currently on the national waiting list to receive a kidney from a deceased donor. Due in part to new surgical techniques that have shortened recovery times, living kidney donation has become more common in recent years.

To find out more about living kidney donation click here.

Many people who need transplants of organs and tissues cannot receive them because of a shortage of donations. Every month, more than 2,000 new names are added to the national waiting list for organ transplants, and about 18 people die every day while waiting for an organ transplant in the U.S.

Organ and tissue donation helps others by giving them a second chance at life.