Modern Family Star Opens Up About Her Kidney Disease and Transplants 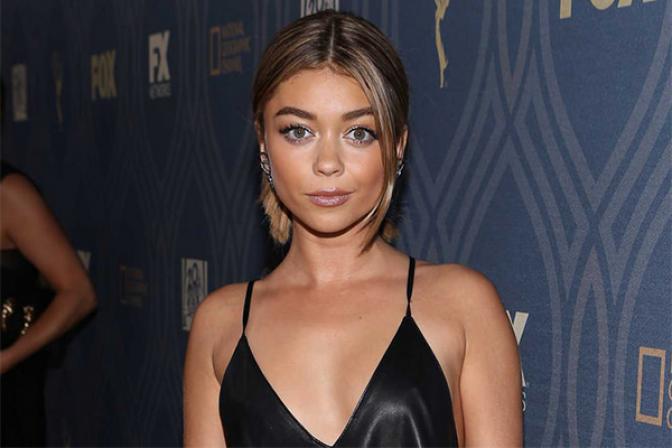 Sarah Hyland Hopes Her Story Will be an Inspiration
You might think that with an award-winning ensemble cast like the team on ABC's Modern Family it would be easy for one player to pull out of a few scripts to nurse a serious illness like kidney failure. But that's not how 28-year-old Sarah Hyland operates.
The actress, who's played Haley Dunphy every year for the last decade, has simultaneously been battling kidney failure, which has required two kidney transplants, dialysis (treatments that clean the blood daily or at least three times a week, depending on the type of machine used) and years of anti-rejection medication.
She opened up about her up and down journey with kidney dysplasia this week on her Instagram feed and Self magazine.

I say words here (link in bio) that hopefully others can relate to and feel like they’re not alone. Hopefully those that are lucky enough not to experience this will learn about something new and take a moment to appreciate their health. Thank you so much to all the love and light I have received today. I love you all ❤️

Hyland was born with kidney dysplasia, a common condition in babies. Hyland's kidneys didn't develop properly in her mother's womb and never functioned well. Medical treatments staved off kidney failure through her childhood, but by the time she was 21, she needed a transplant. Her beloved father, actor Edward James Hyland, volunteered to give her his kidney. Sadly, five years later in 2017, her body rejected the organ and she was placed on dialysis to stay alive. Next, her younger brother, actor Ian Hyland, stepped up to donate his kidney. By the end of 2017, Ian's kidney was successfully transplanted to his sister.
The social media world is already responding to Sarah Hyland's post with hundreds of comments, including fans living with chronic kidney disease:
Ittybittyokie:
"Thank you for bringing awareness to this disease. People have no idea what we go through. They think, "Well you look so good, or you look fine, you can't be seriously ill." Or "It must not be that serious." The public has really no idea what those with ckd go through each day, fearing of death, depression, being a constant burden to our families. There are those with ckd that have no one or any insurance. No means to pay for healthcare, meds or dialysis. It's such an unknown frightening disease that never goes away. You are always dependent on medication and or dialysis to stay alive. I'm also in search of a kidney donor and have been battling this disease for 8 years. Again, thank you so much for sharing your story and bringing awareness to this serious disease. We in the kidney community need all the help we can."

First Steps to Transplant
A free self-paced online guide to transplant evaluation and getting on the waitlist.
Register Today


Sarah Hyland's feed will certainly continue to fill with comments from supporters who were not aware of just how many health issues she has been battling, including endometriosis, rejection of her first kidney, and dialysis, all while continuing to shoot her hit show.
It hasn't been without consequences, though. She tells Self magazine:
"I was very depressed," she says. "When a family member gives you a second chance at life, and it fails, it almost feels like it's your fault. It's not. But it does."
According to Hyland's video post, she contemplated suicide. Thankfully, her brother's kidney gave her a "third chance at life," she said.
Now, she is happy, grateful, and in good health. "My work is my therapy. I wouldn't be here if it wasn't for my work. I'm so grateful for my entire family, especially my brother, especially my dad, especially my mom," she says.
Hyland talks about it all on YouTube. Watch her inspirational video.