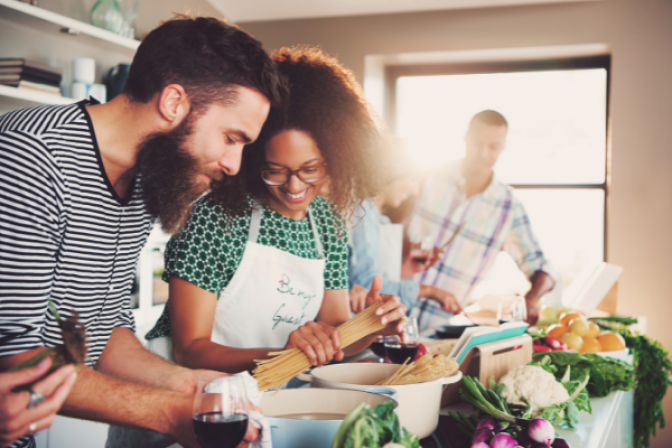 According to research published in the American Journal of Kidney Diseases, people with kidney disease who consume more plant protein have a lower risk of death. Even a 33% increase in the ratio of plant protein to total protein has shown benefits.

In this episode of Hot Topics, Brittany Sparks, registered dietitian and board-certified specialist in renal nutrition, and Eric Singer, a whole-foods, plant-based diet advocate living with focal segmental glomerulosclerosis (FSGS), discuss the many benefits of plant-based diets. They also bust some common myths people may have about kidney disease and eating plant-based diets.

Eric’s road to a plant-based diet

Eric was first diagnosed with secondary FSGS and stage 3 kidney disease in 2007, after having routine lab work done before starting college.

During college, he didn’t experience any symptoms. However, this unexpectedly changed in December 2020 when his estimated glomerular filtration rate (eGFR) went from 25 to the mid-teens within a month or two.

He began to experience nausea and fatigue and struggled to keep up with his two young children. Eric knew he had to make some changes. While he initially pushed for a transplant, his healthcare team’s goal was for Eric to keep his kidneys functioning well for as long as possible.

To do so, they introduced Eric to Brittany who showed him the power of a whole-food, plant-based diet.

Before we look into how this diet is helpful, let’s see about some common myths.

There was a time when plant-based foods were frowned upon, but now the gears have entirely shifted. As long as a kidney dietitian helps create an individualized plan, plant-based diets are appropriate for people with end-stage kidney disease or kidney failure.

Learn about nutrition and peritoneal dialysis or hemodialysis.

Protein is made up of 20 amino acids, and nine of those are considered essential, meaning our body cannot produce it. Twenty years ago, it was believed that animal proteins were superior because they provided all 20 while plant proteins are usually missing one.

Now we know plant protein is just as valuable, and there is a lower risk of malnutrition if the diet is well-planned and varied.

Whole, intact grain is full of fiber, antioxidants, vitamins, and minerals. All these nutrients are stripped during the refining process to make white flour. While whole grain flour has more potassium and phosphorus than white flour, the actual amounts are still pretty low.

For example, there’s only a 30-milligram difference in the amount of potassium that is in oatmeal compared to the amount in cream of rice cereal.

Learn about the nutritional benefits of whole grains.

Benefits of a plant-based diet

Why is a plant-based diet effective in people with kidney disease?

Where is Eric now?

Eric took this process one step at a time. It wasn’t reasonable for Eric to wake up the next day and be an expert in nutritious eating patterns. Instead, he focused on making small changes like swapping out meat with a plant-based food at dinner.

Once he began to feel better and saw his lab results improve, it became even easier to follow through.

Eric’s kidneys are still functioning, and he now advocates for a plant-based diet.

Looking for a kidney dietician?

Hot Topics: How Much Sodium Is Safe for Kidney Patients?


Many patients with kidney disease, including those on dialysis, need to limit the amount of sodium in their diets. But how much sodium is safe, and what are some ways ...