Where There Are Helpers, There is Hope 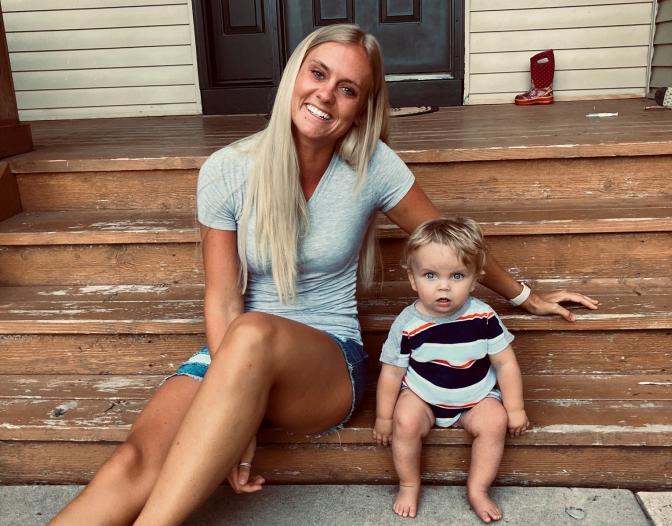 Seeking hope and positivity in tough times, people often quote this iconic line from Mr. Rogers, “Look for the helpers.” His point is exemplified by Taylor Pikkarainen, a 27-year-old Twin Cities-based traveling nurse. As a healthcare hero on the front lines, she dedicated herself to COVID patients in New Jersey between April and June. Then in July, as a benevolent hero to a grateful family, she donated her kidney to an eighteen-month-old boy named Bodie.

Bodie Hall was born with congenital nephrotic syndrome, and well before his first birthday, his kidneys started to fail. Unfortunately, Bodie’s parents, Gloria and Brandon Hall, could not donate their kidneys to help their son. (Brandon wasn’t a match and Gloria had already donated her kidney to their older daughter, who has the same condition as Bodie.) That’s why the University of Minnesota Transplant Clinic advised them to seek a living donor on social media. And so they did.

Taylor’s sister-in-law (a friend of Bodie’s mom) showed the Facebook post to Taylor. Moved by the hardship and innocence of this little boy (who she said, “is the cutest thing ever,”) Taylor researched the donor implications on the spot. The Hall family is beyond grateful that she is a quick study. Thirty minutes later, satisfied the risks were minimal and she could live a perfectly healthy life with one kidney, she clicked on the link and filled out the donor questionnaire. Her sister-in-law sat by her side and said, “Taylor? Are you sure?”

When asked if she had any doubts about the decision, Taylor replied, “My attitude was if it happens, it happens. I was open to letting the process unfold...”

That’s always been her style. She leaps into helping, just as she did when she treated coronavirus patients on the east coast. So she went home and shared her fast and generous decision with her husband, by saying, “I filled out a questionnaire today to donate my kidney to Bodie.”

As you might imagine, the first thing he said was, “What?!” After he caught up with her thirty-minute education on kidney donation and learned she would not be at significant risk, he was on board.

July 7th, two days before the surgeries, Taylor and the Halls got together with big smiles. Although Bodie scooted around with his feeding pump, unaware of what Taylor’s upcoming gift would mean for him, his parents and Taylor shared happiness for Bodie’s future. Plus, Gloria shared her kidney donation experience with Taylor, managing expectations and putting her at ease. Then the surgeries followed on July 9th—which was Taylor’s 27th birthday. On the day that she’d usually receive gifts, she gave the gift of life.

Taylor, an athlete who works out six to seven times a week, felt most concerned about missing her routine activities after surgery. But her recovery was smoother and quicker than she expected. At first, she ambled with short walks for a couple of days, then a week later, she enjoyed a girl’s weekend. She resumed her workouts within three to four weeks, and before she knew it, she restarted her weight lifting routine. She knew not to push it, but she also knew her body would tell her if she was doing too much, and she felt great.

All signs show Bodie is feeling great too. Before surgery, he couldn’t talk, walk, or eat. Now, Bodie has a budding vocabulary, toddles on two feet, and enjoys various foods. Taylor happily checks in to get updates on his milestones.

Originally, Taylor didn’t plan on telling many people about her donation. But Taylor and Bodie’s inspirational story has led to an outpouring from around the world. Taylor, like a humble hero, thought she’d donate and forget about it. But the Hall family will never forget about it, because as Taylor returns to her normal life, she has given Bodie an extraordinary gift—the chance to have a normal life. So now Bodie embodies the hope inherent in Mr. Rogers’ message. In tough times, there are amazing helpers out there. Just ask the Hall family—Taylor Pikkarainan is a shining example that where there are helpers, there is hope.